Our tag line says it all; “The Standard for Excellencesm” In real estate the name Weigand is synonymous with excellence. We know the neighborhoods, the businesses and how to get the job done. Throughout our 100+ year history, Weigand has exemplified an absolute commitment to service. We focus on your needs, strive to exceed your expectations and get the results you demand.

Don’t you deserve the best?

And Weigand is the best. Just ask Real Trends who publishes the rankings of the top 500 real estate companies in the United States. For 28 consecutive years in a row, Weigand has been ranked #1 in Wichita! The Wichita Business Journal has ranked Weigand #1 since they started reporting those numbers. We are #1 because of what we stand for:

To deliver excellence to our customers and clients in all areas of their real estate transaction.

To be the standard for excellence in the real estate industry by raising the bar for ethics and professionalism and delivering exceptional customer service in all areas of the real estate transaction.

No company has a more complete knowledge of Wichita real estate or can offer the range of services that J.P. Weigand & Sons, Inc. can and has for over 100 years. With well over $500 million dollars’ worth of real estate sales annually, we are “The Standard for Excellencesm”. We have over 200 associates offering professional service from seven locations to clients in all parts of South Central Kansas. While the real estate market has grown enormously in value and complexity in the last 100 years, one thing remains constant; our dedication to maintaining our position of leadership in the real estate industry.

Don’t you deserve the best? 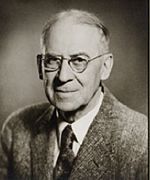 In 1902, a young gentleman named J.P. Weigand, traveled by covered wagon from Mt. Sterling, Illinois, to Wichita, Kansas to sell maps for Rand McNally.  When J.P. arrived in Wichita and viewed his surroundings, he felt he had come to a boomtown and knew that Wichita was a town of endless opportunities.

He quickly subleased desk space in a retail storeroom at 114 N. Market and his lifelong love affair with Wichita began. J.P.’s abiding faith in the future and steadfast loyalty to Wichita became a standard and tradition that has linked the Weigand family with this city for over a century.

Wichita was newly established in 1902, just 32 years after its rough and wild beginning. The population had grown to 25,000 and it was the largest city within 150 miles, covering seven square miles.

The majority of neighborhood streets were yet to be paved and most citizens still used horse drawn transportation and/or walked.  This made the distance between home and employment a prime consideration when purchasing a home.  In the beginning of the 1900’s and Weigand’s career in real estate, the local newspaper real estate section covered only one third of a column.  By 1910, the local population had rapidly reached 55,000 and the Wichita real estate market was booming!

In 1912, J.P. Weigand expanded his business by leasing a one-room office in the new four story Bitting Building located at 105 N. Market in Downtown Wichita.  During this period J.P., who had never learned to drive a car, used public transportation, a carriage, walked, or had someone drive him in an automobile to show properties. He had no office staff and kept track of all of his transactions on a multitude of scrap pieces of paper in his suit pockets. 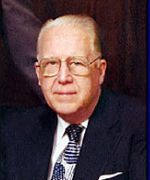 In 1927, Nestor R. Weigand, Sr. returned from Notre Dame and joined his father, doubling the J. P. Weigand firm to two.  In the following year the name of the firm was changed to J. P. Weigand & Son.  To an increasing number of Wichitans, the name Weigand came to define real estate.

On his business card, sometime in the late 1920's, he had printed the following:

"I am for Wichita.  Wichita is the Indianapolis of the Southwest.  The greatest commercial and financial center of its size in the world.  15 lines of railroad radiate into a territory with 700,000 people within 100 miles of Wichita; wherein the future will live 1,000,000 people, with Wichita as their metro point.  Population now 45,000; will soon have 100,000.  Watch us grow." 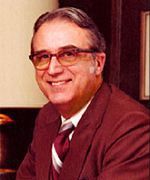 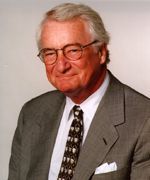 June 18, 1950, J.P. Weigand passed away in the comfort of his home. Despite the fact that he had never driven an automobile, he had nevertheless made hundreds of real estate deals by walking the streets of Wichita. The editorial page of the Wichita paper featured the following editorial:

J.P. WEIGAND - 1873 TO 1950 - Wichita Eagle & Beacon Editorial, June 1950.  "The necessary qualification for any successful salesman is faith in what he is selling.  For 48 years the late J. P. Weigand sold Wichita real estate on the basis of an unabiding faith in the future of the City, a faith which was founded upon a thorough knowledge of what constitutes real values, present and future.  For the nearly 50 years of his activity he saw property values advance surely and steadily, based upon the growth of the city and its importance as a business center.  Recently the concern of which he was the head sold Douglas Avenue frontage at $10,000 per ft.  Surely, a vindication of the faith he had in the future of Wichita.

No man had a more complete knowledge of Wichita real estate. It could almost be said that he carried a plat of the city in his head, so thoroughly was he informed upon the subject.  He was of that remarkable generation which, casting their lot with the City at the beginning of its growth, lived to see the fulfillment of his predictions.  He will be greatly missed from the scene he knew so well."

In 1951, Jean Paul was installed as President of the Wichita Board of REALTORS®. Within the company he served the dual role of residential sales manager and salesman.

In 1956, Michael C. Weigand returned from service in the army and became associated with the firm. 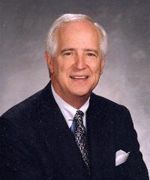 After graduating from Notre Dame and completing his active duty military obligations, Nestor R. Weigand, Jr. joined the firm in 1961.

In 1967, Michael was elected the President of The Wichita Board of REALTORS®.

In 1974, Nestor, Jr. was elected President of the Wichita Metropolitan Area Board of REALTORS®; and Jean Paul moved the headquarters of the Residential Division doubling the size of the office.

In 1978, Nestor, Jr. became President of the Kansas Association of REALTORS®.

In 1983, Nestor, Jr. assumed the position of President and Chief Executive Officer and Nestor, Sr. was named Chairman of the Board.

Continuing his involvement in local, national and international real estate, Nestor Weigand, Jr. served as President of the National Association of REALTORS® in 1987.

From 2001 to 2002, Nestor served as World President of the International Real Estate Federation (FIABCI), and today continues to be very involved in all levels of organized real estate.

In September, Nestor Weigand III, joined the Board of Directors.

Today Nestor Weigand Jr. remains the CEO and Chairman of the Board and is actively involved in the day to day operations. J.P. Weigand & Sons, Inc. continues to thrive and grow in the South Central Kansas Area.  View the current leaders of our company who are moving us into the future here.

"The Standard for Excellencesm” that has exemplified this company since its inception continues to be a part of the company philosophy. Our proud history and place in the area is our basis for an ongoing effort to search for new and better ways to serve our associates, staff, sellers, buyers and community. As the company continues to grow and expand, the philosophy of its founder still remains an important part of the company’s focus, “Watch us grow.”

The Leadership Team of J.P. Weigand & Sons strives to exemplify the standards of ethics and professionalism set by the founders of the company over a century ago. We believe in teamwork, servant leadership, and open communication. All of us have an open door policy for our customers, clients, agents, and staff, and work hard to maintain the level of communication that contributes to our success. We surround ourselves with the best agents and staff in the industry to help us achieve the “The Standard for Excellence” for which we are known. As we move into The Next Generation of Weigand, we are dedicated to embracing the latest technology to enhance your buying and selling experience, but we won't forget the relationships that we have forged and honor. Welcome to The Next Generation of Weigand! 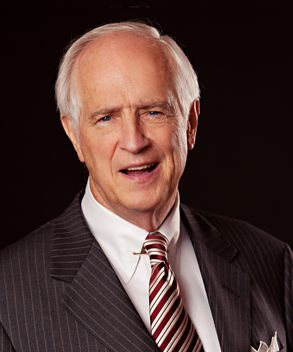 Chairman of the Board & CEO 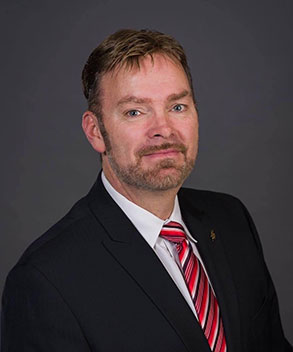 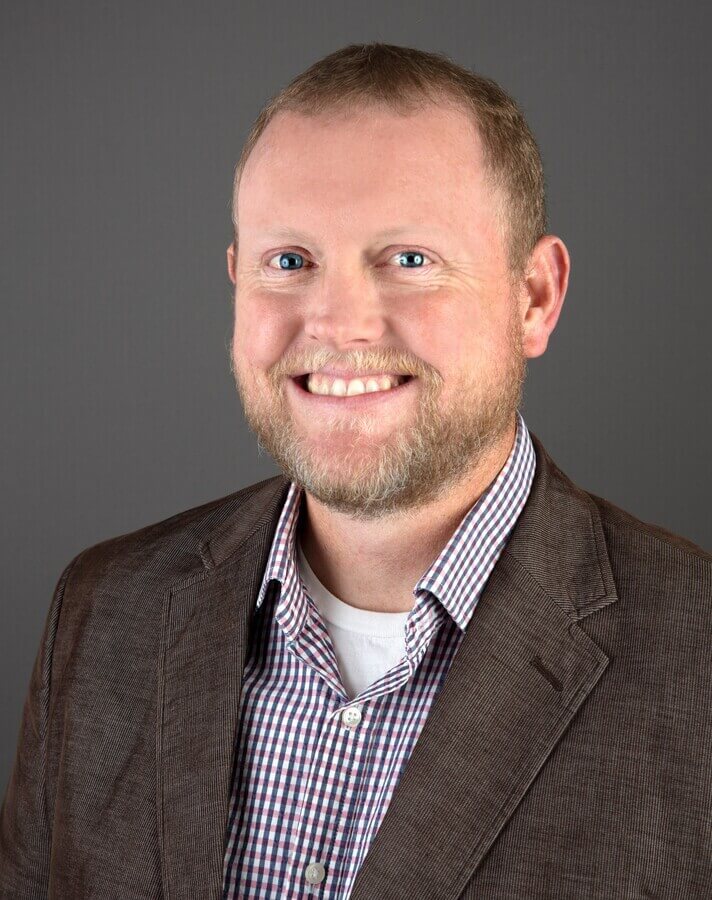 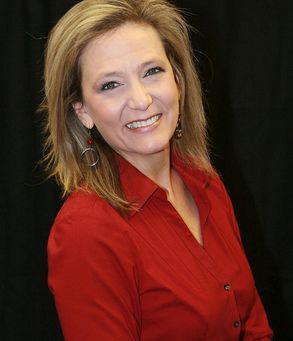 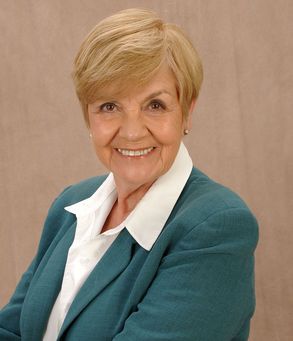 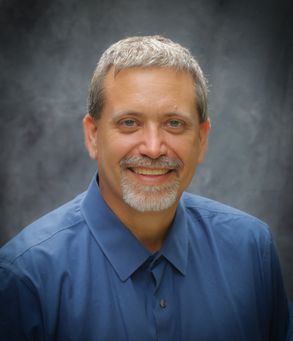 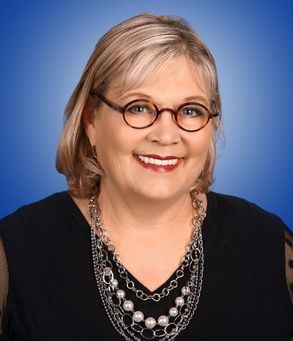 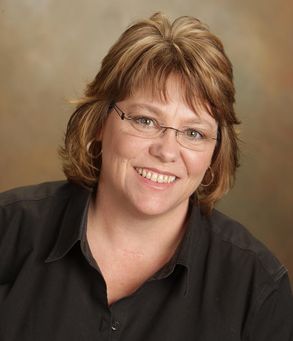 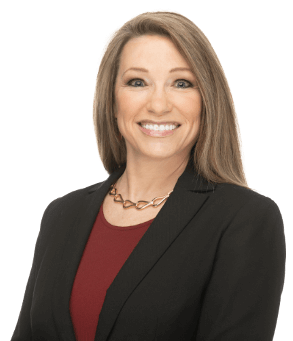 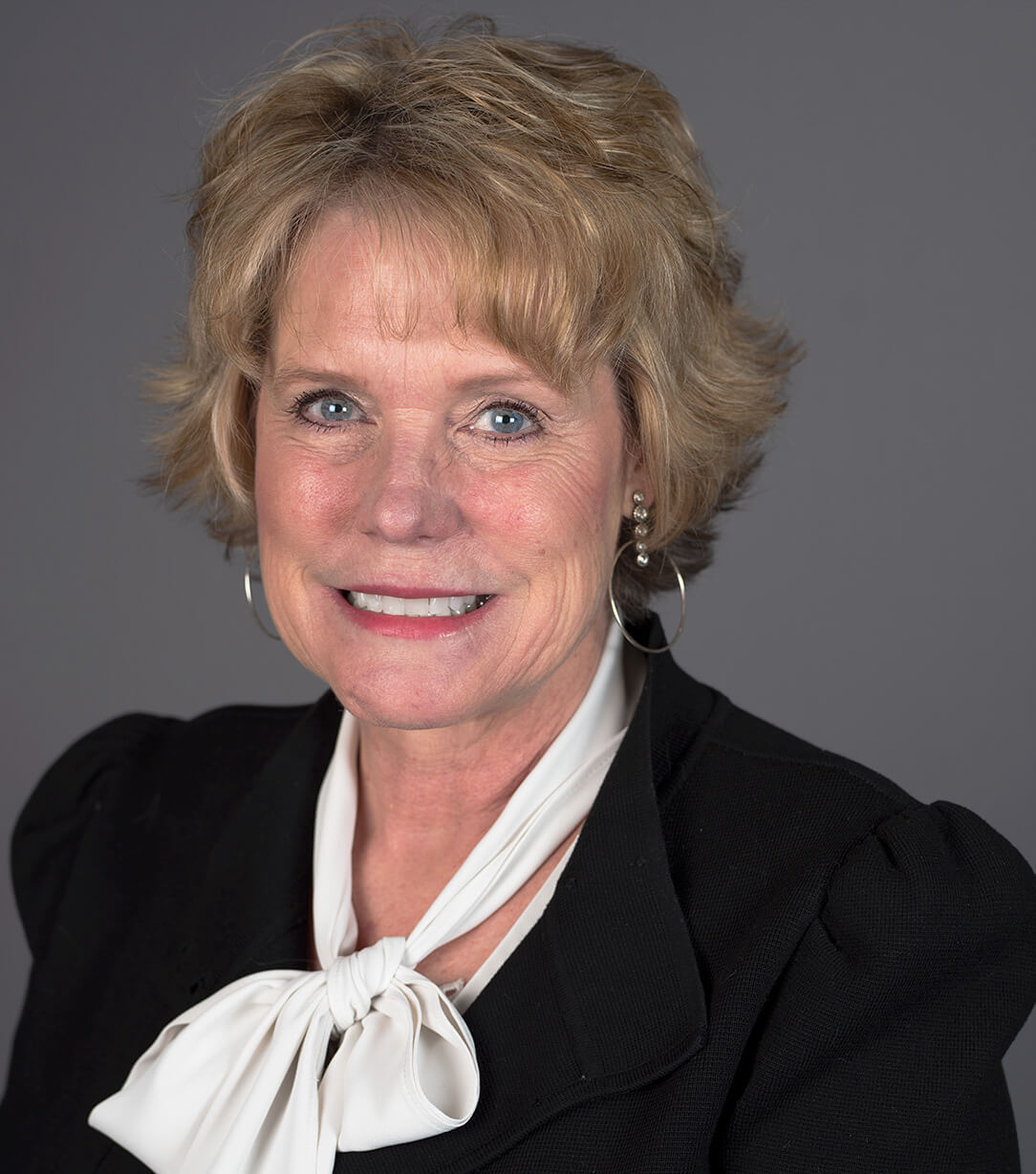 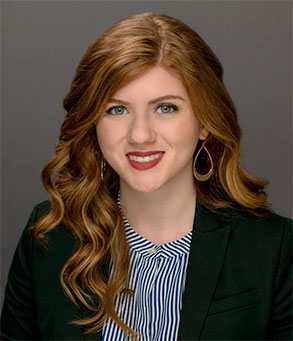 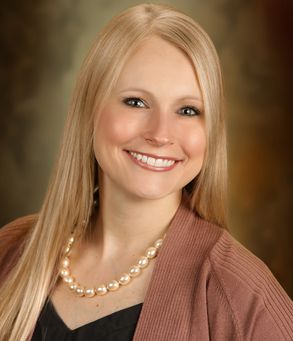 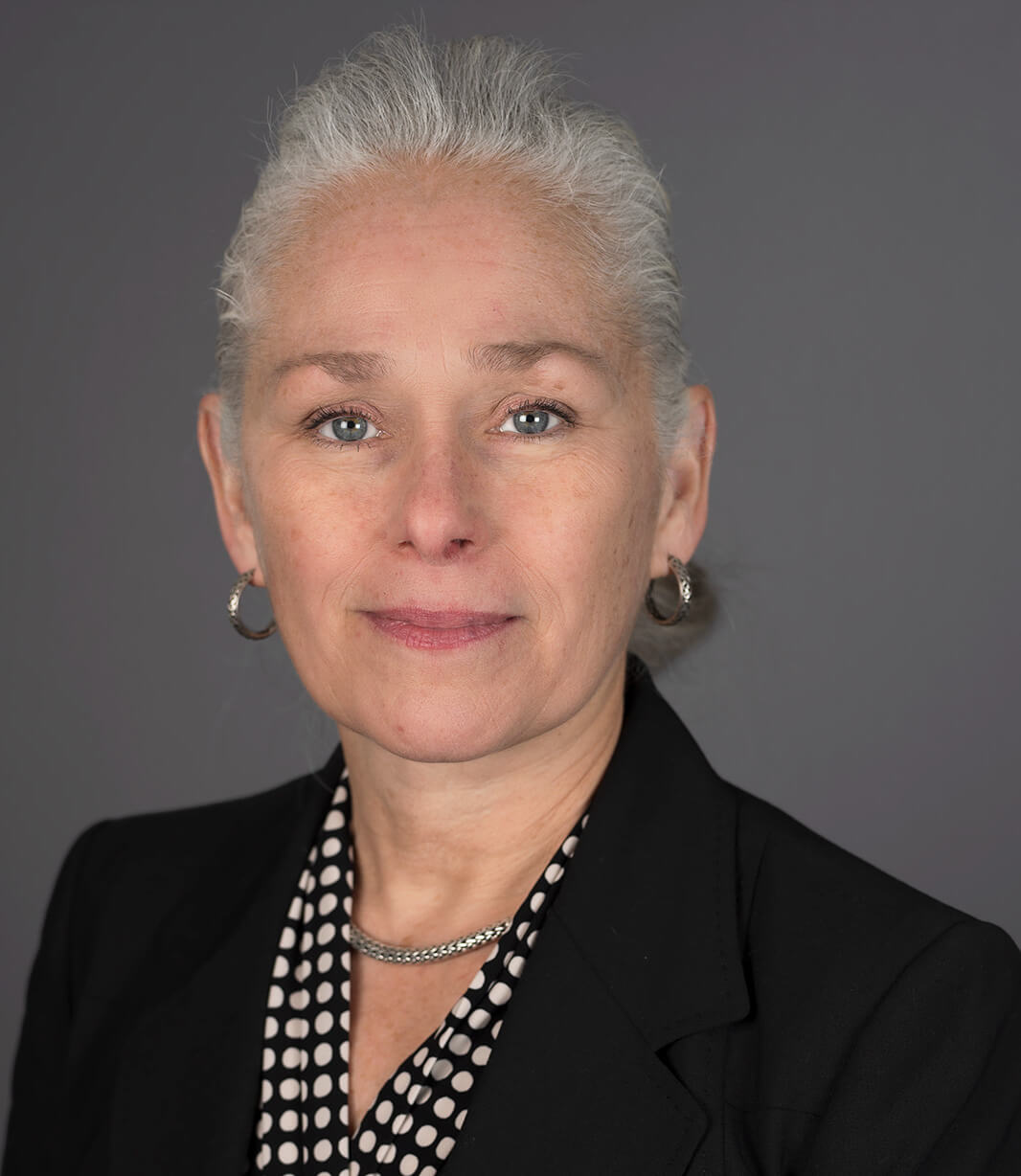