We’re not sure how many years it took Cinco de Mayo and Taco Tuesday to finally sync up their calendars, but we’re glad they did!  Despite the situation at hand, we won’t let anything stop us from enjoying great Mexican cuisine while supporting our local business owners.  Below is a list of local Mexican restaurants with Cinco de Mayo “To-Go” options we’re craving! 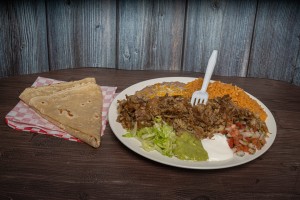 Alejandro’s Mexican Food is located near the corner of Maize Rd and 21st Street.  They offer a wide variety of burritos, combination plates paired with rice and beans, enchiladas, tacos, tortas, and taquitos.  Alejandro’s also offers breakfast burritos and breakfast plates that are served with beans, rice, and tortillas. Drive thru and to-go orders are available. 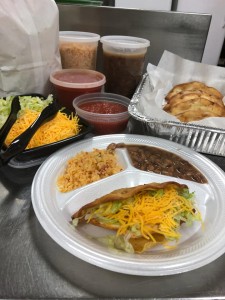 Connie’s Mexico Cafe has long been a staple of Mexican food in Wichita.  The restaurant began in April 1963 on North Broadway and was started by Connie and Ralph Lopez.  Since then, Carmen, the daughter of Connie and Ralph Lopez, runs the show and has been since the 1980s.  Connie’s has also entertained Harrison Ford and Jimmy Carter when he ran for president.

Connie’s is open from 11 a.m. to 8 p.m. Monday through Saturday.  They are closed on Sunday. 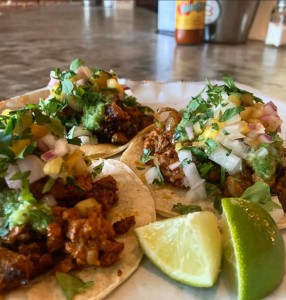 Located downtown on Douglas Street, District Taqueria focuses on tacos!  Not your Taco Bell or Taco John’s tacos. District’s street style tacos are served on soft corn tortillas and topped with various salsas and veggies.  District Taqueria currently occupies the previous space of Jon’s Ale House and Kelly’s Irish Pub, and the owners updated the exterior and interior for a more enticing stop.

District Taqueria is open 4 p.m. to 8 p.m. Monday through Saturday

Rene’s Mexican Restaurant makes it’s home on the west side of Wichita with two locations. One is located just off I-235 on Central, and the other is located near the corner of Maple and West street.  Rene’s differentiates from other fast-food Mexican restaurants by offering giant burritos, tacos, and nachos at very competitive prices.  Drive thru and take out order both available! 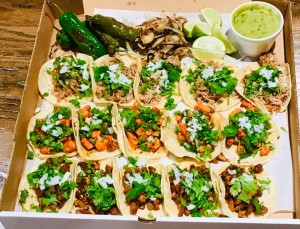 Uno Mas started off as a food truck and has grown within the past couple of years to opening its first restaurant near 13th and Tyler.  Known for their street tacos and some of those include Bam Bam Shrimp, Barbacoa, Carnitas, or Fried avocado. For those picky eaters, the 13th and Tyler location does offer hamburgers and French fries. Aside from the food, Uno Mas does offer catering with their self-service taco bar, food trucks, and a full-service restaurant.  Drive thru and order to-go available!

Contrary to popular belief, Cinco de Mayo is not Mexico’s independence day.  Mexico celebrates their Independence Day on September sixteenth.  Cinco de Mayo commemorates the Mexican army’s unlikely victory over the French forces of Napoleon III on May 5, 1862, at the Battle of Puebla.  Mexico had trouble paying back war debts to European countries, and France had come to Mexico to collect that debt.

What did we Miss?

Know an outstanding local restaurant we missed?  Let us know in the comments below.

12 Spots To Get You To Downtown Wichita